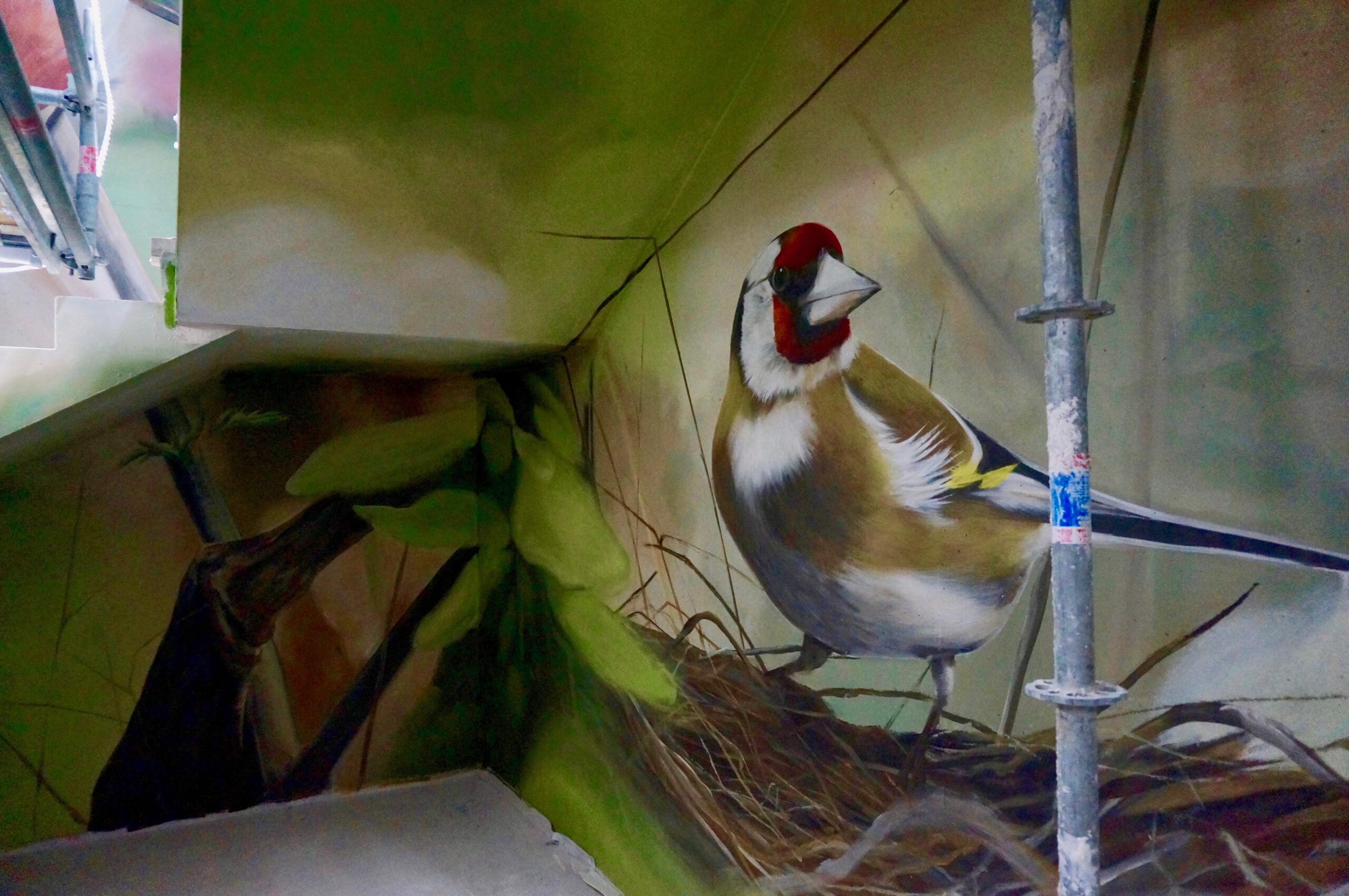 In the future Nida, designed by Altarea and RAAM Architecture, in the new eco-neighborhood Issy Coeur de Ville, near Paris.

Youri Cansell, known as Mantra, is a self-taught artist and naturalist fascinated by entomology, the world of insects. Drawing on his childhood memories of his garden in Metz, France, he paints numerous frescoes, most often of butterflies that he represents in urban spaces, where they are rarely seen in the wild. Sensitive to his surroundings, Mantra works with scientific precision to establish an organic relationship between his subjects and their environments.

For this fifth Murs d’Audubon mural in France, the ninth in Europe, the artist Mantra was invited in July 2022 by COAL and Altarea to invest in the new Nida third-location building in Issy-les-Moulineaux. Both artist and naturalist, like Jean-Jacques Audubon, passionate about entomology and butterflies, Mantra deploys a very precise line that plays with sharpness and blur.  The place and the mural are inaugurated on October 19 with workshops in partnership with the LPO.

On a background of luxuriant vegetation crossing the seasons, many colorful birds come to populate the great staircase of Nida. They were chosen by the artist from a selection of locally threatened species in the territory of Issy-les-Moulineaux, made by the LPO Ile-de-France. The Kingfisher, the Barn Swallow, the Goldfinch, the Bullfinch, the Long-tailed Tit, the Spotted Woodpecker, accompany the visitor’s ascent, as an invitation to travel, to the rhythm of life, and as an invitation to action, to reverse its disappearance.

THE NIDA, A NEW THIRD PLACE FOR ISSY

Nida is a 1,500 m2 third-party space that opened at the end of August 2022, in the heart of the
future eco-district “Issy Cœur de Ville” in Issy-les-Moulineaux. Designed by the RAAM Architecture agency, it is operated by Le Shack as a shared space with catering, meeting, reception and reading areas, exhibition and event rooms, and creative workshops for all ages: biodiversity, sewing, DIY and digital creation workshops.