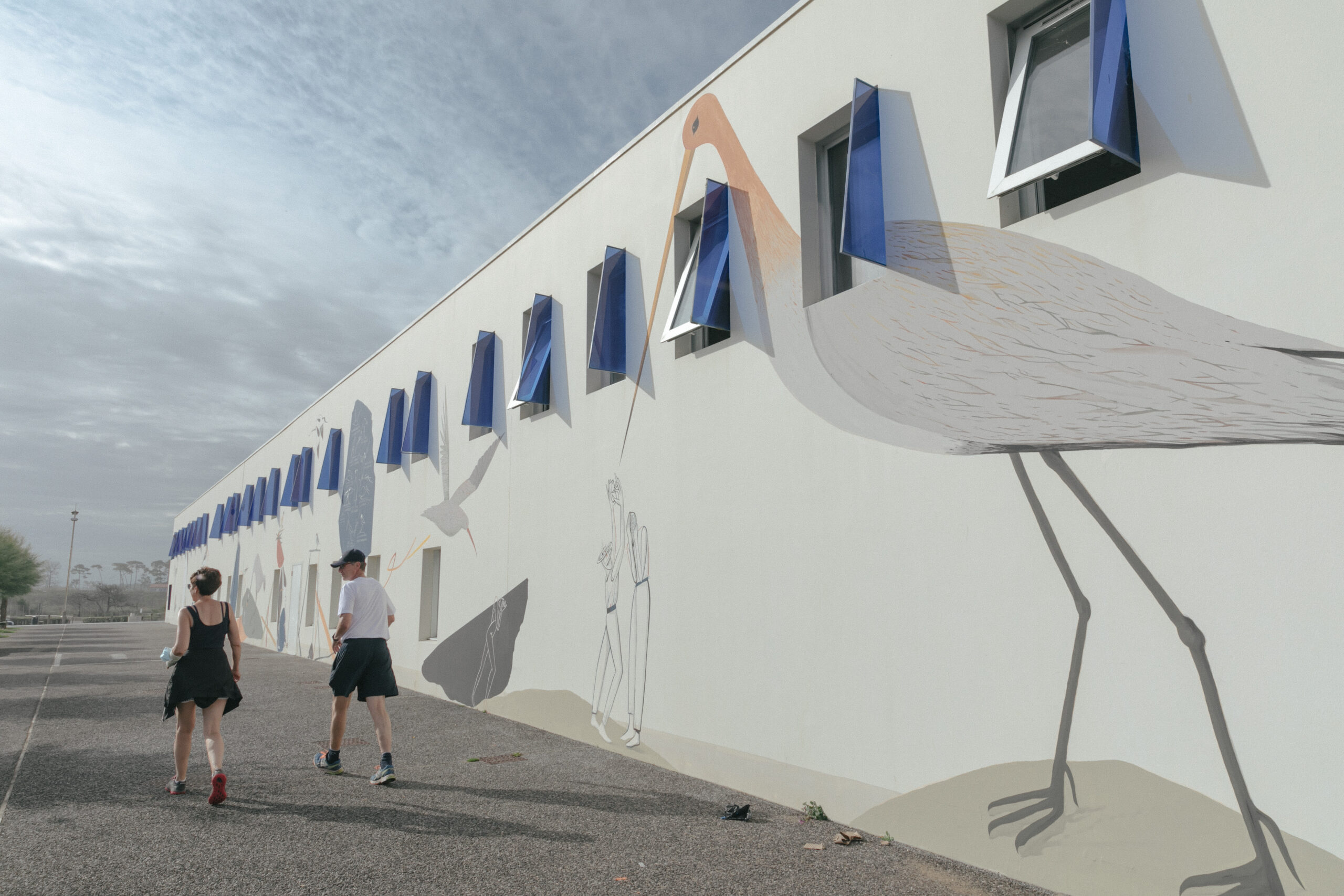 11 migratory birds of the Basque coast By mioshe

ON THE OCCASION OF THE INTERNATIONAL BIENNIAL OF CONTEMPORARY ART OF ANGLET UNDER THE CURATORSHIP OF LAURANNE GERMOND, COAL

MioSHe’s universe, which mixes hybrid and chimerical figures, fauna and flora, the masculine and the feminine, the meticulous and the monumental, can make us think of certain paintings of the Flemish Renaissance which would be told in a contemporary language. Mioshe deploys a bestiary and an allegorical herbarium, sometimes strange, sometimes unvarnished and often marvelous. In the public space, his murals are often connected to the environment: the encounters, the history of the building, the district, the city, the colors of the landscape, the architectural forms in the vicinity and the surrounding nature are all elements considered by the artist as avenues to explore for the realization of his works in situ.

In August 2021, the artist Antoine Martinet, alias MioSHe, has been invited to paint for the eighth edition of the Littorale L’Écume des vivants, Anglet’s international biennial of contemporary art, curated by Lauranne Germond, COAL.

In collaboration with Fabien Damestoy, eco-guard at the Izadia Ecological Park, Antoine creates species that appear on the walls of the city’s skating rink, huge coastal birds facing tiny humans. This inversion of scale attracts attention and questions our relationship with the living. “The idea is to honor species of birds that are not always visible, to make them monumental, 3-4 times larger than humans, to thwart the assumption that it is humans who are at the top of the chain,” he says. An inversion of magnitudes that commands respect.

And to go further, the audio documentary on YOGCAST for a timeless journey with the artist Antoine Martinet and the eco-guard of Izadia Park